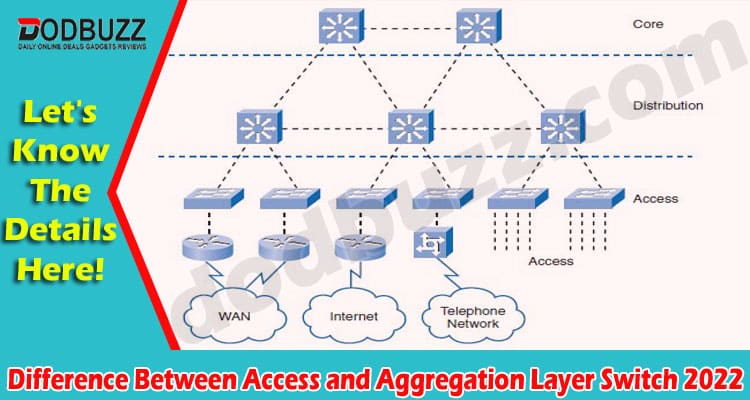 Access and Aggregation Layer Switch: With the development of services, data networking is still upgrading. The networks are built in layers to ease maintenance-related issues. Different types of Ethernet switches paly different roles at different layers of high-capacity networks. Switch in computer network can be divided into access layer switch, aggregation switch, and core layer switch. In this article, we will explore the difference between the access layer switch and the aggregation layer switch.

Part I. Introduction of Access and Aggregation Layer Switch

The access layer provides users with the capacity of accessing the application system on the local network segment, which aims to solve the visiting demands among users and provide enough bandwidth. In the large network, access layer is also responsible for user management (including address certification, user certification, and accounting management) and user information collection (including users’ IP, MAC address, and visiting logs).

In the real application, the aggregation layer is always omitted if the access layer is relatively short and there is enough access from the access layer. It’s beneficial to reduce the burden of matainmance and better monitor the network. It is the intermediary between the network access layer and the core layer. The aggregation layer has various functions such as policy enforcement, security, workgroup access, routing between virtual local area networks, source address or destination address filtering, etc. It is the place to implement policies. In the aggregation layer, switches that support Layer 3 switching technology and VLANs should be used to achieve network isolation and segmentation. 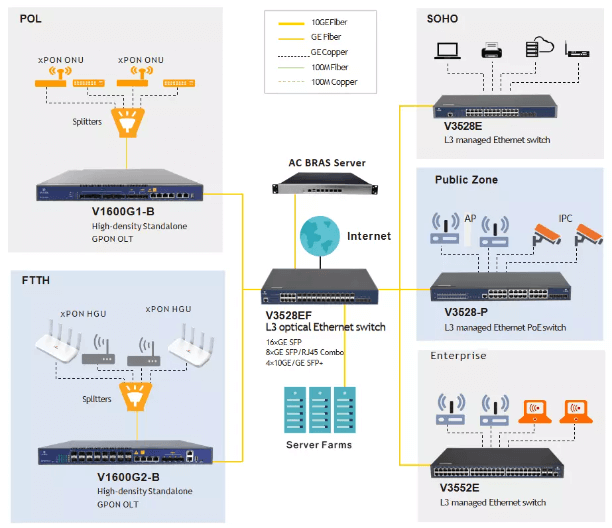 In the application of POL or FTTH, as an aggregation switch, V3528EF uplink connects to the OLT. This switch has 16GE ports that can connect to other switches and OLT, 8 GE ports and 4 10GE ports. Apparently, compared with cabling Internet, fewer switches are needed in POL. The optical fiber replaces plenty of switches, which saves the maintenance cost. Moreover, the network is flatter with lower latency.

In the application of SOHO, public zone, and enterprise, Layer 3 Ethernet switch V3528E/V3528-P/V3552E works as an access switch. They uplink to the aggregation switch V3528EF and downlink to all kinds of terminal devices. 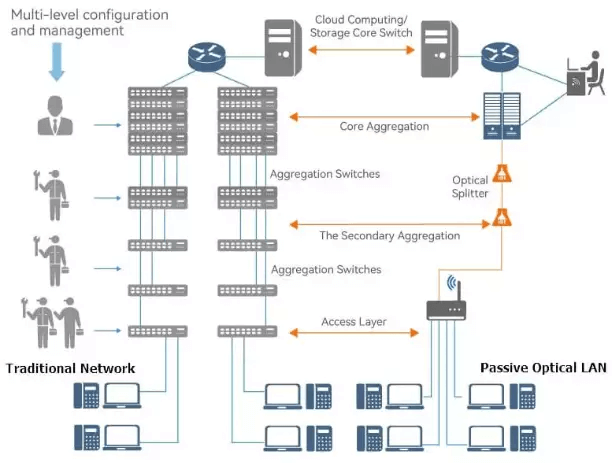