Even Tesla Saw The Future Of An E-bike 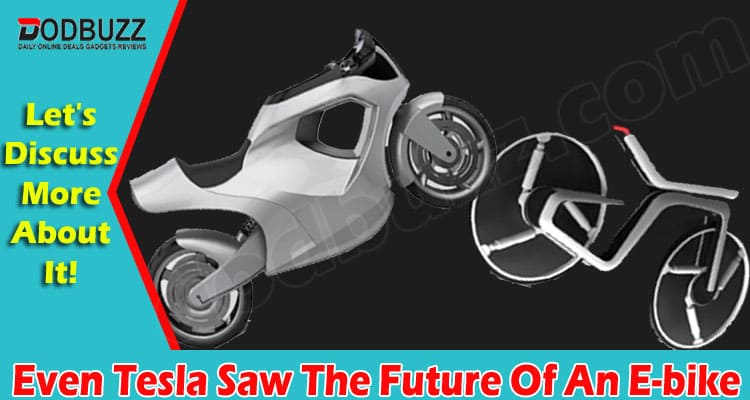 Even Tesla Saw The Future Of An E-bike: Electric bicycles, or e-bikes as they are popularly known, are motorized bicycles coupled with an electric motor for propulsion. Today, there are many e-bike types available globally, but basically, they fall across two extremes: “pedelecs” that accentuate the rider’s pedaling and “throttle-on-demand” that make use of throttles and have moped-type abilities.

E-bikes possess rechargeable batteries and can achieve speeds of up to 22mph, especially high-powered types like KBO e-bikes that may even reach speeds of about 28mph for speed riders. What differentiates electric bicycle from motorcycles is the presence of pedals that allow the rider to input whenever they want while enjoying a ride.

In some countries across the world, e-bikes started gaining a lot of attention and enjoying some popularity so it was easy for them to displace other more conventional means of travel, especially regular bicycles. Hence the phrase, why get a bike when you can get an e-bike?

Being in an entirely different category of travel on their own, cargo ebikes are exempted from some government regulations on two-wheelers. They tend to be set up in every country with their own set of legislation.

Whereas the cost of maintaining an e-bike can be virtually free or a mere pittance, replacing your battery when it gets old can cost a little. Luckily, a KBO e-bike’s battery is intended to last for 900 complete charge cycles, so we have got you covered on that end.

Sometimes not so recently, the internet was set agog with revelations of the Model B, a rumored Tesla design set to debut, and it was given futuristic features with an electronic steering, an ingenious suspension system, and some nice autopilot setting. However, due to a lack of pedals, it appears to be more of a moped than an e-bike.

Another thing is that it is not from Tesla, but from Kendall Toerner, a designer who used the name and emblem on the mockups even though not affiliated with Tesla. However, it is still worth talking about.

The frame of the Model B is very sleek with proximity LiDAR sensors on the front, side, and rear to achieve a sort of protection bubble around the rider by alerting them to potential danger.

Each wheel of the design has a dedicated motor of its own. The dual-drive system of the Model B is a result of this and instead of spokes, the wheels have shock absorbers. It promises smooth rides.

The bike comes with autopilot technology that allows the in-built AI system to control and steer the bike securely using the sensors on the frame. There is also a dashboard displaying information like route stats, navigation maps, etc. for the rider’s use.

As previously maintained, this e-bike is still just a concept, and there is no commercial information available yet. Followers of the genius Elon Musk hope it will be manufactured soon.

We still have to consider the impact of the manufacture and recycling of batteries on the environment, since e-bikes are zero-emission vehicles that produce none of the by-products of combustion. They are seen as more ecologically friendly in some urban areas.

The Model B Vision

Does the Model B not sound perfect? Truth is, Toerner’s concept is a wonderful piece of industrial design, and exploring its manufacture could answer questions about dashboards and sensor technology.

However, it is not possible to carry these out. Your handlebars are not moving but when pressed, the sensors detect force and get the fork to turn in the direction you want. Riders may relearn how to steer.

There is an autopilot, which could be weird, since balance is important in riding, and tumbling may happen if your rig changes course suddenly.

A carbon-fiber part was created by Alex Pong of Cannondale to replace the front wheel of a road bike with an enclosed inline skate. This was probably to eliminate one of the most significant sources of aerodynamic drag, which is the front wheel.

However, riders complained that the inline wheels were quite difficult to balance. It was not a solution to a problem. It does not mean idea designs are far from being valuable, though. The pothole-sensing and stability-assistance features tend to pique one’s interest. The general appearance is quite sleek too.

Beautiful city bikes might help change the mindset about status symbols since more people still consider cars as status symbols. Concepts are related so people can talk and think. Communicating concepts that technology cannot achieve yet is what creates technological advancement.

Tesla should pay attention to other configurations and designs when it comes to e-bikes. E-bikes are so much more than a push-bike with an integrated motor. There are a variety of e-bikes available, with some having batteries mounted into the frame and some having their batteries inside the tube itself.

Some e-bikes are designed to look like mopeds and are frequently mistaken for one. Some other types are designed for fun and novelty, over functional or transportation assistance.

Cargo e-bikes enable riders to commute with heavy items that can be difficult to do without some electric assistance.

Many e-bike designs comply with the local laws, and there are also foldable e-bikes to be found in the markets. E-bikes have also come to be adopted by several local authorities in the dispensation of duties, which is quite a move seeing as we have electric/human-powered hybrids in places like Cloverdale, California’s Zap e-bikes.

A design rumored to be from Tesla’s 2020 debut e-bike ventures was found to be the actual creation of a designer Kendall Toerner who created mockups with the name and emblem. Conversations have gone back and forth about the practicality of this design with some Tesla faithful even clamoring for implementation of the design.

It all goes to show how much we have integrated e-bike use into our busy lives and work environment, and how exciting the future could be with modifications and improvements that are bound to happen to e-bikes in the coming years.