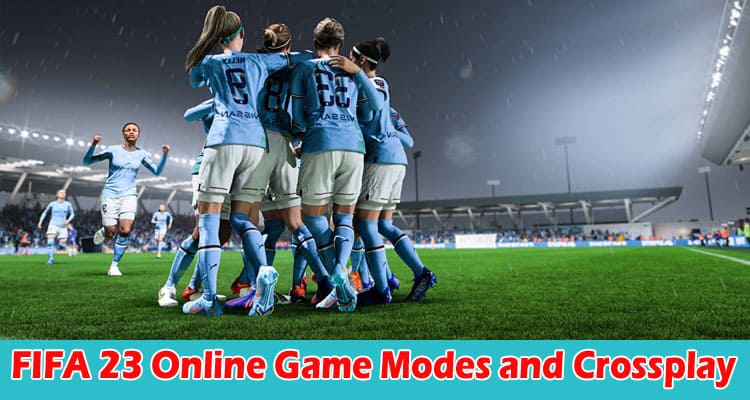 It’s a new era for soccer video games, and EA Sports is already getting ready. But the present and future go by one name-and it’s precisely what you’d expect it to be: The Electronic Arts sports business is the namesake of FIFA 23. Yes, an annual delivery, but there’s already a significant change in progress: Game progress and sharing will become available to Xbox, PlayStation, Stadia, and PC players. In other words, that is a considerably big deal.

FIFA 23 continues the advances and innovations introduced in the last two installments and will offer the same modes that have generated countless hours of play: from FIFA Ultimate Team to Career mode, passing through VOLTA and Pro Clubs. And watch out, this year, the FIFA World Cup is held at the halfway point of the season; it will also play in favor of the calendar of this installment and its content deployment.

Everyone was eager to know when is FIFA 23 coming out? FIFA 23 release date was September 30, 2022. This is available on Xbox One, PS5, PS4, PC, and Xbox Series X / S. You can download it with the help of Epic store, steam, and on origin stores. FIFA 23 Legacy Edition is available in physical and digital stores and on Nintendo Switch.

It is worth bearing in mind that, in addition to the aforementioned standard editions of FIFA 23, EA Sports has offered the PC version and consoles, offering three days of early access to the game, with which it was possible to start playing from September 27, 2022.

An advantage that the most dedicated FIFA Ultimate Team players have taken advantage of. In addition, the FIFA 23 Ultimate Edition on consoles includes copies of PS4 and PS5 or Xbox One and Xbox Series, depending on the platform.

For the first time, an annual release of FIFA will allow players to share games on two different platforms. To be fair, EA Sports has been too slow to implement cross-play, but it’s never too late if bliss is good, and that means testing on FIFA 22 has gone as expected.

However, if we talk about the FIFA 23 world cup mode, then this is a cross-play between specific systems: PS4 and PS5 players will play on different courses depending on the version of the game.

On the other hand, this change will involve changes such as a rethinking of the FUT transfer market, which until now divided the items by platform, meaning that a player card could be more expensive depending on which console. Now, all items will be unified into three marketplaces:

In other words, if you play from a PS5, you can play with Xbox Series X, Xbox Series S, and PC users, but you will not be able to play with PS4. However, players from all PlayStation and Xbox systems and generations will share the transfer market in FIFA Ultimate Team.

Other divisions have been established as needed, including global and platform leaderboards. To offer a simpler and more unified experience, the arrival of FIFA 23 is accompanied by a new social widget called EA Social, integrated into the game’s menu, which will serve as a meeting point for all players, including friends or strangers.

Now you know all about the FIFA 23 online game modes and Crossplay. So get out there and enjoy some competitive football with your friends and also be sure to check out our other articles for more informative content like this.