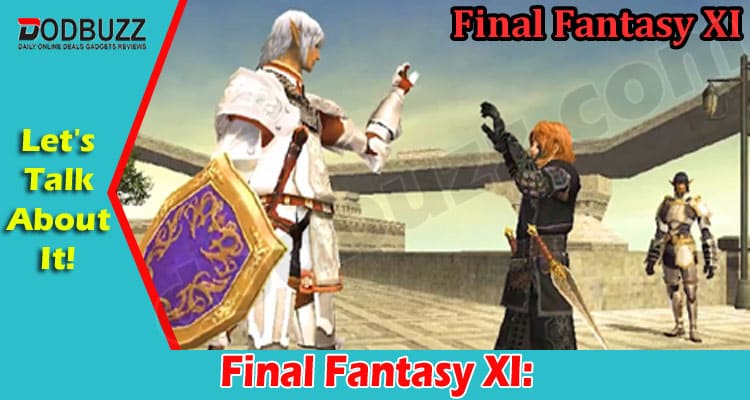 A post by the producer of the game at the time of launching the website stated that Final Fantasy XI lovers will be able to enjoy the game in a new environment all thanks to this engaging platform.

The mission is to share the stories of adventurers who have spent the past twenty years with Final Fantasy to motivate the new generation of adventurers to set on their adventure through the FFXIV world. The producer also stated that the website represents the journey of all the adventurers. Everyone from developers to operators of the game along with players who log in every day for two decades will be celebrated through “We Are Vana’Diel”.

For now, the content on the website is available in English and Japanese language. The built-in art gallery features various volumes of art to showcase the true essence of the game in the form of art. New volumes are also coming up to discuss everything in the game. You can directly share any information from the history section of the website with your family members and friends through social media handles.

The website features more components including “We Discuss Vana’Diel,” “We Illustrate Vana’Diel,” and “We Remember Vana’Diel” to discuss everything. It features a complete timeline of all the events starting from the beta testing of Final Fantasy XI to this date.

Get behind the scenes experience with official commentary and insights to learn about what has been happening in the background. According to the producer of the game, the timeline will also include player-oriented events to they can see from their perspective. This will be a great chance for new players to learn about what the Final Fantasy XI is and how if performed in the test of time.

After the completion of the main storyline, it will provide access to various new items, pieces of equipment, and areas to players. The whole storyline of Final Fantasy XI revolves around three gate guards who will assign you quests. There is a nation rank in the game that you can increase by completing more and more missions.

At the start of the expansion pack, you will create a fully customizable character by choosing everything from its race to gender and body style. Your adventure starts in one of three cities of the game but you can move to the desired city later.

Various non-playing characters, as well as city states, provide you with quests to progress the main storyline. Each expansion brings new twists to the story. You will receive rewards such as ranks, items, access to new areas, and advancements in the story after completing these missions.

There is a separate world of quests in the game that players can enjoy once they are done with the main storyline of the game. There is a fame system in the game which changes the interaction of NPCs with your character and these side quests increase your fame along with all those other benefits. Gil is the official currency of FFXI and earning it is pretty hard but you have the option to buy ffxi gil at the best price.

The game features five player races including Humes and Galka, etc. Humes class is located in the wastes of Gustaberg and it is one of the most famous races in the entire game. This class doesn’t have any special physical abilities and offers almost equal abilities in all other aspects. In a short time, they have spread across the map because of their ability to adapt to any location. They have the biggest population among all the other races.

Galka is the second-best class but their story is pretty sad because they had to flee their native lands because of attacks by Anticans a few centuries back. Galka has bulky physical appearances which makes them an imposing race. The final destination of their migration was Bastok where they are given the title of second-class citizens.

All members of the Galka class are male and they use reincarnation to reproduce and increase their population. They have pretty high health and vitality but they are still considered cursed with the sin of rage.

In terms of jobs, Final Fantasy XI is pretty rewarding and it comes up with more than 22 different jobs throughout the game. When picking up a job, you don’t have to worry about your class and character. If you aren’t satisfied with your current job, go to the marked location on the map to change it to a better one.

You have to work your way to level thirty to unlock advanced jobs because you will have access to six jobs only at the start. When you choose a job, it provides you with certain traits and abilities. Work hard to level up these traits and abilities with time. After reaching a specific level in the game, you will be able to use magic scrolls for better and fast results.

These jobs’ abilities are time-limited and they have a cool down before you can use them again. Job abilities require activation of the job itself and the right ability at the right time will get you out of a difficult situation. You can buy gil from MMOPixel and use it to buy desired in-game items.