What Makes the Hebrew Language Unique 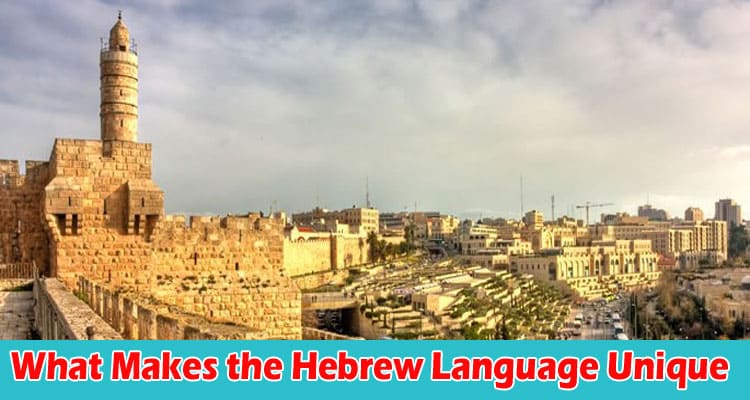 Today, Hebrew is spoken in Israel and many other countries, including the United States. This ancient language has survived centuries of turbulent history and saw a revival over 150 years ago. It continues to fascinate people from all over the world because of its ancient roots and unique features.

The Beauty of the Hebrew Language

The original authors of the Bible wrote it in three ancient languages: Aramaic, Greek, and Hebrew. Modern Hebrew, spoken today, differs noticeably from Biblical or Ancient Hebrew in terms of grammar, vocabulary, and phonology. Nonetheless, one who can speak the language today will still be able to read a text from thousands of years ago without difficulty.

Of all the Canaanite languages, Hebrew is the only one still spoken today. It’s the perfect example of a revived language. How did the Jewish people manage to bring to life a language that was mostly dormant for the last 2,000 years? They not only revived it but modernized it and established it as an official language of a country.

Scholars and historians trace the usage of Hebrew back to 2000 BCE. It was the language of the Jews back in the biblical era. Until the Babylonian Siege in 587 BCE, Jews were writing and speaking Hebrew. From that point onwards, the language only found its use in prayers and literature.

Antisemitism played a role in the Hebrew revival. As violence against the Jews spread over Eastern Europe in the 1880s, so did the rise of Zionism, a Jewish national consciousness. Many displaced Jews made Palestine their new home. At the same time, many Hebrew-speaking groups emerged in Russia. As the years passed, these Russians emigrated to Palestine, driving the rise of the Hebrew language.

In 1922, Hebrew became the official language of the Jews in Palestine. The man responsible for this is Ben Yehuda, commonly referred to as the father of Modern Hebrew. His dream was for the establishment of a Jewish nation-state and a language to unify its people, Hebrew. In 1881, he moved to Jerusalem to pursue his goal.

Ben Yehuda almost single-handedly developed a modern vocabulary by combining new and ancient Hebrew words. He wanted the language to be viable in schools and universities. He encouraged his friends and family to incorporate Hebrew into their everyday lives and not just use the language for prayer. Soon after, teachers saw the practicality of the unifying language and started teaching it in their classrooms.

This intriguing story of Hebrew rising from the ashes, so to speak, is truly miraculous. It’s a reflection of the many years of intense struggles the Jewish people faced, their diaspora, and the Zionist movement.

Play a Part in This Unique Revival

If you want your books, scientific papers, and so on to play a role in the Hebrew renaissance, translation is key. To translate English to Hebrew and vice versa, you need experts fluent in the cultures and nuances of both languages. Today, 9 million people converse in Hebrew; just imagine what that number will be in just a few decades.