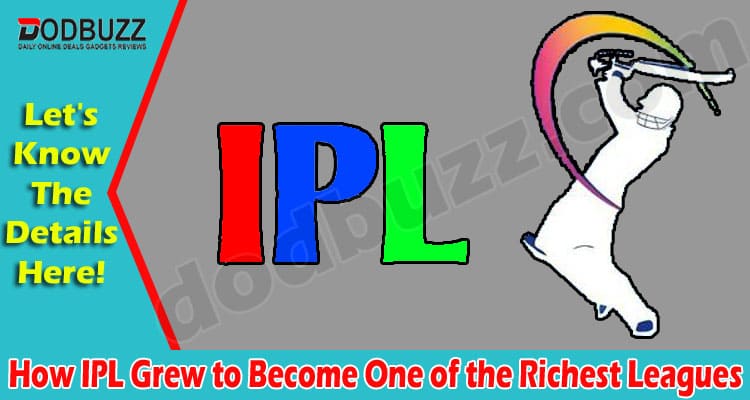 How IPL Grew to Become One of the Richest Leagues: Started in 2008, the Indian Premier League (IPL) has grown to become one of the richest sports leagues in the world. In 2015, it added US$150 million to the Indian GDP. Let’s explore how IPL transformed itself to become a sporting sensation globally.

Talk about sports in India, and the first thing that most people will talk about is cricket. They believe cricket unites people. It is so popular that if there isn’t a live match on TV, then probably people are playing it.

But, it didn’t happen overnight. It all started in 1983 when the Indian cricket team’s captain Kapil Dev and his team lifted the country’s first cricket World Cup. It was the time when Indian cricket’s golden era started.

Unlike a conventional series, IPL was a franchise-based league that brought people from the country’s entertainment industry and cricket sector together to provide viewers with a 3-hour match of fun, drama, and emotions. The league includes 10 teams that contain top players from all around the world.

Today, after 14 editions, IPL is compared with leagues like NBA and UK’s Premier League. It has gained a spot among the richest leagues in the world. How did the league grow to become so big?

How it All Started?

Founded in 2007, the first edition of IPL was held in 2008. The Board of Control for Cricket in India (BCCI) announced the franchise-based league when the Indian Cricket Team was coming home after winning the first-ever T20 World Cup in 2007.

The first season of IPL was started in April 2008 in New Delhi with a high-profile ceremony. Before that, an auction event was held to decide the owners of all teams. The league grabbed the attention of high-profile personalities like Shah Rukh Khan, Mukesh Ambani, and Preity Zinta.

How Did IPL Become a Rich League?

Apart from attracting cricket fans and celebrities, IPL grabbed the attention of broadcasters, sponsors, and big brands that were ready to invest heavily in the league.

For example, Meta Platforms, Inc. – previously known as Facebook – made a massive $600-million bid to get IPL’s digital rights for 2018-2022. However, the tech giant lost the bid to Star, which won the bidding war. After the auction, Uday Shankar, the CEO of 21st Century Fox unit Star India, said in a press conference that their objective was to make cricket bigger worldwide than ever.

However, this is not the only way IPL becomes a rich league. A BCCI board official, Amrit Mathur, reveals that the BCCI makes $600 million each year from IPL.

Similarly, there are many renowned and big brands that have been associated with the Indian cricket event. They include names like Sony, Meta, Google, Disney, Reliance’s Jio, the Tata Group, and many more.

IPL attracts thousands of spectators to the stadium. In addition to providing people with the joy to see their favourite cricketers from around the world in one team, IPL enables viewers to become a part of a match by taking part in fantasy leagues, where they predict IPL odds for fun and compete with other fans.

IPL and BCCI earn money from different sources. For the 2021 season, the IPL system’s value grew to reach the $4.7-billion mark. And, the figure is expected to grow more.