How to Develop an App in a Few Simple Steps 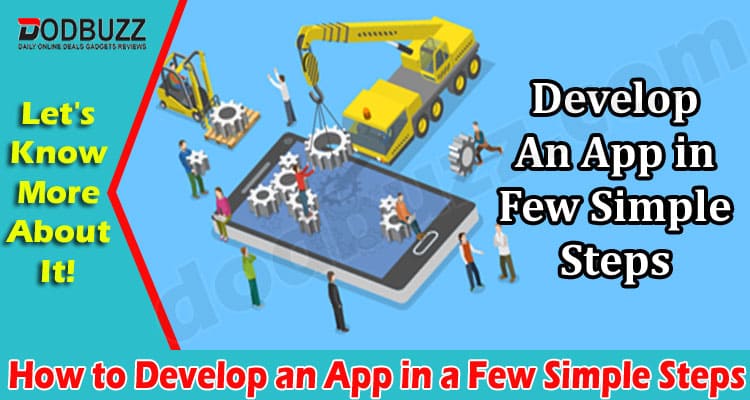 Mobile application development is a promising, voluminous, and developing niche. That’s why many people want to develop an app to meet the needs of modern customers and earn money. Before ordering the development of a mobile application, some questions can arise: how does this process proceed, what stages does it consist of, and what to expect? In this article, we will consider app development stages and requirements to place an app on App Store and Google Play.

Let’s consider every stage in detail.

The emergence and development of the idea. It sounds trivial, but every successful mobile app starts with a thoughtful idea. If the application does not solve some user problems, then such a product will not be popular. Therefore, in the first stage, you need to carefully work out the idea of the application so that further work does not become in vain.

The plan is worked out – it’s great. Now it is necessary to work out the algorithm for further actions. You need to start with an analysis of competitors, or rather, with their strengths and weaknesses. Next, you need to take care of the team and tools for product development. And you need to finish with a strategy for advertising and monetizing the developed product. Once you have a clear plan of action, you can move on to the next step.

At this stage, what the future application will look like is being worked out. The developer must think through the “mobile design” in such a way that there is no question left about where the button, block, and menu items are located. He also needs to determine what should be shown on each individual screen of the application and how the screens are interconnected. The result of this stage will be a well-thought-out application architecture that will effectively respond to various user scenarios. This is the stage at which there is still the opportunity to experiment and bring something new to the application being developed in order to distinguish it from the other products and make it recognizable.

This is the main stage, at the end of which the finished product comes out. If you are your own designer and programmer, then at this stage you choose the right tool for development and follow your own plan that you developed in the previous stages.

After running an application, it is important to monitor its performance and check it for errors. Before launching the application, various types of testing are carried out, but they do not reveal all the errors, so some of them appear during the operation of the application. Support is an ongoing process that includes periodic updates and functionality upgrades.

This is the fourth stage from our list, but we will dwell on it in more detail. Programming during development is the most important stage. The quality of programming influences the final outcome, including the convenience to maintain and scale the product in the future.

If you choose the wrong tools for programming, then you can “run into” the fact that there will be a need to rewrite the entire code. Well, if you write the code yourself, then you will pay only your own time. If you hire developers, then you will have to pay the extra money. Therefore, before starting programming, it is important to pay attention to certain points, for example, the choice of approach to development.

The development of cross-platform mobile applications implies the universality of the application. It is developed once, but it can be run on different operating systems. This is a fairly convenient approach, but such applications work a little worse than native ones, but they are cheaper.

Why is it important to choose an approach?

The second important point at this stage is testing. Testing is done to make sure that the functionality of the application is designed and works as intended. Testing also helps to detect errors in the code and show weak points in the application that can be fixed before the release.

Application development is a complex procedure. After the release of the finished product, you need to deal with its support, development, and promotion. Don’t forget to work with feedback, correctly define tasks, take into account analytics data, develop new features, and measure results. There is an abundance of tools to be found in mobile application development. There are various development environments, online platforms, frameworks, etc. Especially popular are tools for development from the manufacturers of operating systems themselves. However, if you need a unique solution, you can contact an app development company. Inoxoft is an outsourcing software company with great experience in mobile app development for iOS and Android. The company takes responsibility for bug-free code and fast performance.