Elden Ring’s Map is Secretly Changing With Every Patch 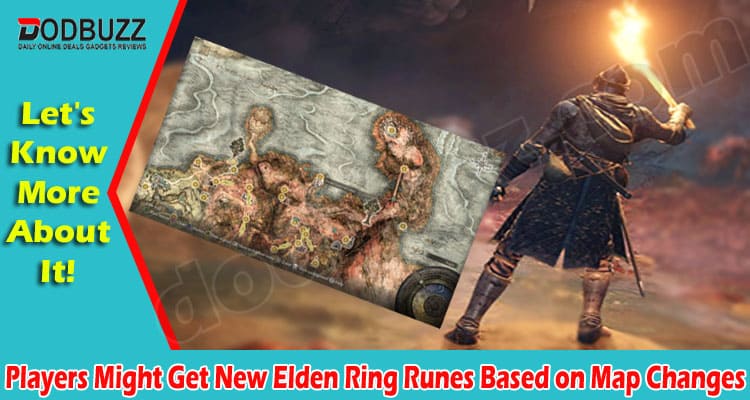 Unbeknownst to everyone, FromSoftware has been quietly tweaking the in-game map of Elden Ring since its launch in February. A YouTuber and FromSoftware aficionado, Illusory Wall, has documented Elden Ring’s map changes. They explained the post-release patches and secret cartographic changes. Basically, the map’s been modified to represent its world better. From what casual players know, FromSoftware improved the game’s performance by fixing bugs, toning down the overpowered options, and rebalancing all sorts of Elden Ring weapons and runes. These changes are usually relevant, but some go unnoticed unless you’re a hawk-eyed modder, apparently.

When Did These Minute Changes Start Happening?

Bandai Namco has been releasing many patches as early as February – the month when Elden Ring was officially out to the public. The updates mainly consisted of fixing stability bugs, rebalancing bosses, and buffing Elden Ring Runes and weapons. However, none of the official patch notes outlines any changes regarding the game’s map. You could say that most players were oblivious to these adjustments that are taking place beneath the tarnished’s feet.

On the other hand, Illusory Wall noticed these changes as far back as March, adequately documented the minor tweaks, and compared the original and new map.

Now, changes and updates aren’t new in video games; having a day one patch during a game’s release isn’t that big. But based on FromSoftware’s reputation, almost everything they do is calculated. It became apparent that the modifications observed by fans were intricate and meant more than what they appeared to be.

In Illusory Wall’s third episode of his video series called Elden Ring Dissected, he talks about some of the hidden map changes made in the game. He discovered that many changes were made to “cover up tracks.” Sometimes, the map isn’t accurate with the actual game world, the Lands Between, indicating that there were last-minute changes in the game world that didn’t make it on time for the map. With no other options left, FromSoftware had to trickle in small patches to correct these minor inconsistencies.

A Possible Clue Leading to A Future DLC?

Some fans firmly believe that some of these updates on the map foretell the possibility of having future DLCs or content for Elden Ring. A prime example is how FromSoftware moved the positioning of the Divine Towers slightly. Another sign is the alterations to the Haligtree’s map. And perhaps the nail to the coffin, a portion on the left of First Step, was removed when Patch 1.03 launched. There’s no conclusive evidence as to whether this could mean we could see an Elden Ring DLC soon – we’ll most likely find out about its existence once it lands.

When Will Elden Ring Get DLC?

Given that almost all of FromSoftware’s titles got a DLC in the past, you’d assume that they’re cooking something up for Elden Ring. Nothing’s officially been announced at the moment about this topic yet. Still, the strong hints, such as the “secret’ updates and all of the Dark Souls games (except for Sekiro and Demon’s Souls) having paid DLCs, we wouldn’t be surprised if FromSoftware spilled the beans that there’s indeed a significant addition to Elden Ring’s content soon.

We can conclude that it would be here within its first year if Elden Ring were to get some DLC. Given the pace of their schedule over the last decade and their past DLC releases, we now know that FromSoftware has shown that they’re more than capable of making high-quality content quickly.

Expecting any major content updates for 2022 would be pushing the envelope. But by the first anniversary of the game? If we’re to judge history, then yes – that timeline should be possible for FromSoftware. There’s no way to make concrete judgments regarding this matter for now. After all, it’s only been three months after the launch.

Could Elden Ring get one, two, or even three DLCs? That’s a tricky question; FromSoftware doesn’t usually have a definite number of DLC drops for their games. Bloodborne and the first Dark Souls game had 1 DLC release, while Dark Souls 2 and 3 had 2 DLC releases. Then there’s Sekiro, which merely received a modest, but free update.

One can dream that Bandai Namco would throw wads of money at FromSoftware to ensure that we’d get more content and Elden Ring armor to fool around with, but it’s a complete guess how much the company would like to expand on the game.