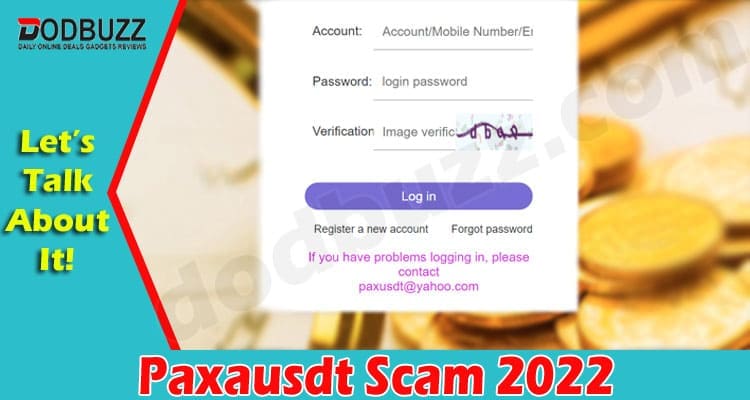 Read reviews and interesting facts about the Paxausdt Scam. Check the legitimacy and user feedback of Paxausdt.com.

We advise you to read below the reviews of Paxausdt Scam to avoid getting scammed.

Paxausdt.com is a newly launched commercial website, a trading and investment platform. However, eight website reviews and three YouTube reviews of Paxausdt.com suggest that it is a Scam.

Paxausdt.com is not a popular website, as evident by its Alexa ranking of 3,228,051. Its IP 162.159.137.85 has a valid SSL certification and uses HTTPS protocol. Any of the blacklisting engines did not blacklist Paxausdt.com.

Therefore, Paxausdt.com is putting efforts to attract new ignorant investors via PHISHING MESSAGES! One customer feedback showed that Ross Willams, an account manager at Paxausdt.com, regularly pursued an investor, which pointed out at Paxausdt Scam.

After the investor had invested 30K, his account showed growth, and then got his account was disconnected, and Ross stopped calling. Hence, we advise you to IGNORE tempting messages from Paxausdt.

Noticeably, Paxausdt.com has a spam score of 89/100. While registration, it mentions that your phone number will be used for sending SMS. Additionally, many users had received WhatsApp messages that their account at Paxausdt.com is credited.

Paxausdt.com was registered in the United States on 8th April 2022, for one year and expires on 8th April 2023. The name and contact information about its owner is censored using the censorship services of WhoisSecure.

Paxausdt.com had received a TERRIBLE 2% Trust Score. Even the business ranking of Paxausdt.com is ZERO percent. Paxausdt.com is classified as a phishing platform as it scored 94/100 on the phishing profile. It means that the website TARGETS collecting personal and payment information.

Evidently, on the registration page of Paxausdt.com, you need to enter your wallet type, which could be TRC20 (or) ERC20, in addition to your wallet address. Paxausdt Scam also collects your email and phone number. No policies (or) terms were mentioned on Paxausdt.com.

Paxausdt.com also scored 94/100 and 61/100 on THREAT and MALWARE profiles respectively. The website runs malicious scripts in the background to import information from your device, and it could also install mini-apps that may contain viruses and trojans.

The customer and website reviews are negative. Paxausdt.com is looting ignorant investors by sending messages about credits in their accounts. Paxausdt.com has a terrible TrustRank and Zero business ranking. We do not recommend Paxausdt.com as it scored high on suspicion and threat profile. Paxausdt Scam suggests that Paxausdt.com is a SCAM and FAKE USDT trading platform.

Were Paxausdt.com reviews informative? Let us know by commenting on this article about Paxausdt.com.

Also Read :- Chicmes Reviews {April 2022} Is This Authentic Or Scam?