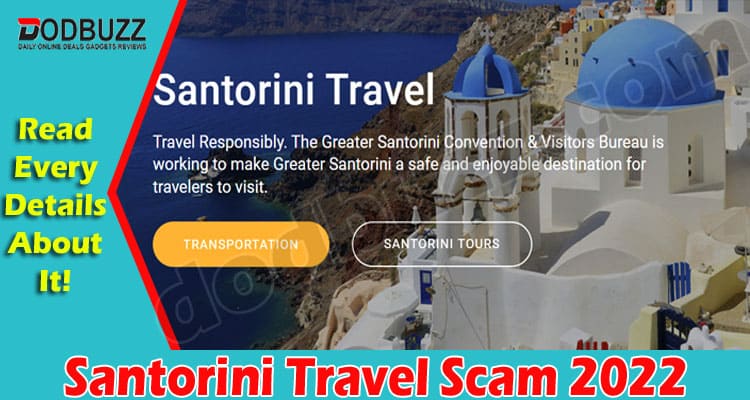 If you don’t know about the Santorini Travel Scam, then look at this article which will help you to know what you should do if you face some scams.

Do you love to travel around the world? How will you react if you know that you have wasted your time and money booking a fake hotel? We know it will be very stressful. Today we will discuss a scam which will force you to think ten times before booking a hotel in your favourite tourist place.

Many people from Australia, the United Kingdom, and the United States were the victims of this scam. The Santorini Travel Scam left a very bad impression on them.

What was the scam?

In 2020 the scam happened. On Facebook, someone or a group of people posted that they would provide a free trip to Santorini, Greece. After seeing the post on Facebook, almost everyone went crazy, and they started sharing the post and tagging their friends and family. But little do they know that it’s all fake news. A Facebook page named Santorini Travel posted that they would celebrate their grand opening of hotels and resorts very soon. So, they wanted to do something very special for the travellers. The Santorini Travel Facebook Scam was very disturbing because, in the post, they mentioned that if someone shared their post and commented on the post by 1st August, then they would get a reward of 7 nights to stay in their 5-star hotel for two people. Winners can also enjoy the private pool. They will even provide the flight charges.

So, it was the whole post which was fake. But the interesting fact about this is the post got 23k likes, and almost 12.7k people shared this. It was disturbing to see the reach of the fake post.

How did the Santorini Travel Scam come into the spotlight?

It was not the first time that a fake Facebook post went viral. According to the fact-checking website Snopes, the words used in the Santorini scam are very similar to a prior Santorini scam that happened in 2019.

How to know that it was a scam?

The scam is a true example of the term ‘like-farming.’ The term ‘like-farming’ means when the admins of a Facebook page are trying to increase their page’s reach among a large audience by telling them to like share their posts. When they notice that you showed interest in their post, they immediately message you and tell you to share their post in five or ten active groups. They did the scam intentionally to gather more audience.

Scams in social media are not new. There are so many scams which are happening daily. Santorini Travel Scam was one of them. Some Facebook scams offered free android phones, chocolate boxes or even cars. So, before taking any steps, click on the link to learn more about Santorini scams-. Additionaly, go through How to Avoid a Scam. What will you do if you encounter this kind of scam? Comment below.