Is It Illegal To Stream Netflix with a VPN? 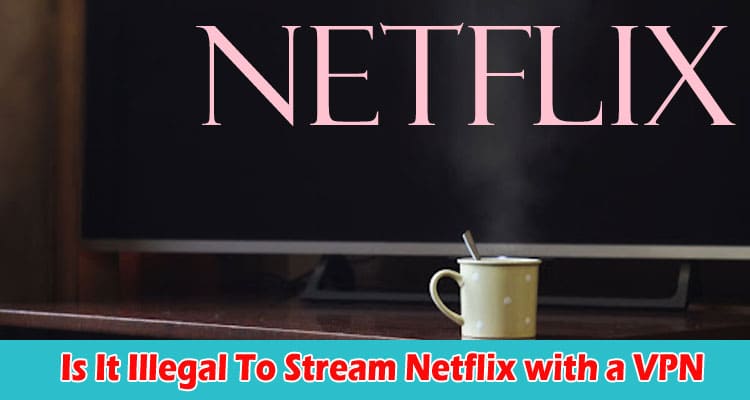 In a world where everything is connected through the internet, streaming services tend to differ from the idea of the world being a “global village.” If you are into online video streaming and love to binge-watch TV shows and films, you must be well aware of the fact that the majority of on-demand streaming platforms, including Netflix, are geo-restricted.

That’s where VPN apps come into play with their trailblazing privacy features. For those who are new to VPN technology, it’s a complex tool that provides you with online anonymity and enhanced privacy by encrypting your online activities and routing your communication through a “tunneled” network instead of your ISP.

Apart from that, you can use these apps as a Netflix “hack” to access region-specific content libraries. You can use a premium VPN app like Surfshark VPN for Netflix to watch your favorite titles, which are otherwise geo-restricted in your country.

But the question arises; is it illegal to watch Netflix using a VPN? Let’s discuss it!

Reasons behind using a VPN to watch Netflix

Premium VPN services like Surfshark allow you to select the server you like to access when watching content on online streaming platforms. This basically implies that you’ll be choosing in what country you would like to appear to be located virtually. For instance, if you are living in the UK and want to watch a TV show that’s only available on Netflix US, you can connect to a US VPN server to disguise your original location. Keeping that in mind, consider the following reasons why people might want to employ a VPN to browse Netflix.

As per the global web index, the countries in which the use of VPN for accessing Netflix is most frequent include those where Netflix service has already been launched, like Mexico, Canada, Brazil, the UK, and Ireland. So, why would someone choose to access Netflix service from another country when they can simply log in using the simple procedure?

It’s always about the content collection, after all. The United States, after all, has the largest library of content of all countries, with a sum of 5879 currently offered titles (at the time of writing). When compared to Georgia’s meager 2116, it’s easy to comprehend why people turn to VPNs as a reasonable solution.

People routinely use a VPN service to gain access to Netflix in countries in which its service is unavailable domestically in whatsoever form. China, Syria, North Korea, Crimea, and not so long ago, India are among these countries.

Is it illegal to use a VPN to watch Netflix?

The simple and straightforward answer is no. Although, It’s not illegal to use a VPN to access Netflix service; however, it violates their terms and conditions. Netflix imposes geo-limitations on its content for various reasons, the most important of which is to avoid breaching the copyrights of the content owners and licensing agreements.

The problem is that ownership laws can be complicated, even more so when Netflix holds the rights to show in one country and not in the other. For example, Netflix may own the rights to put Breaking Bad in the US library, but they cannot do so in the United Kingdom because Sky GO holds the rights.

Nonetheless, Netflix made an unequivocal declaration early in 2016 that they planned to explicitly forbid users from using a VPN on their online platform in an attempt to discourage people from using them. They have since added, “You may assess Netflix content mainly only within the country where you’ve created your account and only in the geographical locations where we provided our service.”

What if Netflix detects my VPN connection?

Netflix has the legal right to terminate your account and stop you from accessing its content. However, it’s not the most logical business move they would just make. That is, millions of people are using a VPN to access the service, and if Netflix were to terminate their accounts and block them from watching the content, they would only lose a significant number of their paying clients who would probably switch to a rival company.

Simply put, using a VPN while watching Netflix is relatively risk-free. The worst that can happen is that you may get a notification on your streaming device that says, “you appear to be employing a proxy or unblocker. Please deactivate this assistance and try again after a moment.”

When this occurs, it suggests that Netflix has blackballed that specific IP address as one of the VPN servers, preventing it from functioning. Not to worry, just use another VPN or disconnect from your regular connection to bypass it.

It is important to remember that VPNs are prohibited in certain countries, and employing them for whatever internet activity is strictly illegal. Russia, Turkey, the UAE, Belarus, North Korea, Iraq, and China are just a few countries that prohibit VPN use and impose strict internet surveillance laws, so be aware of this whenever you visit one of these countries.

Watching Netflix using a VPN app is legal as long as your country’s laws don’t prohibit using VPNs. However, it’s against Netflix’s ”terms & conditions” to access their content via VPN services. If you are caught by Netflix using a VPN connection, it reserves the rights to cancel your subscription. So, we recommend using a premium VPN and avoid accessing your Netflix account with a free VPN app. Is It Illegal To Stream Netflix with a VPN: Know Here!