The Rugged, The Refined, And Everything In-between 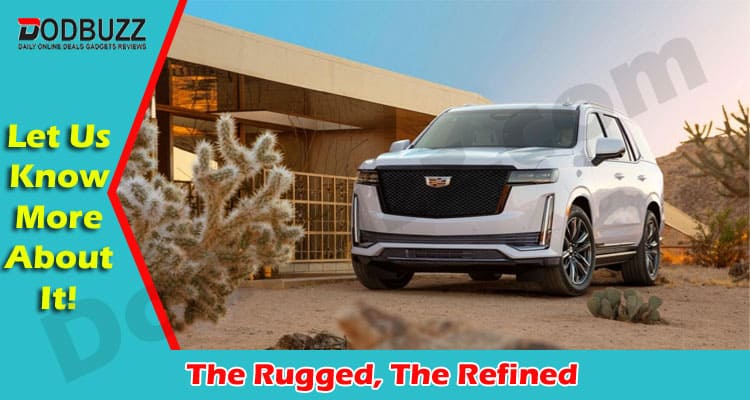 The Rugged, The Refined, And Everything In-between >> Americans love their crossovers, that’s nothing new, but they love their rugged pickup trucks even more.

So a genuinely rugged SUV must be irresistible, no? But, that doesn’t mean that you have to give up on comfort and refinement, just look at any Land Rover SUV if you doubt it. These opulent high-riders ooze style and sophistication, but they love to get dirty just as much as a Jeep Wrangler. When you take a spacious cabin with loads of cargo capacity, add all the latest safety tech, and top it all off with legitimate off-roading specs, you really do have a recipe for success. But, if a six-figure Range Rover is not on the cards, don’t fret. There are plenty of other options out there.

The bold and the beautiful

The top echelons of adventure vehicles might be out of your league, but there are runners-up, like the Range Rover Sport, which has a much lower starting MSRP than its big brother. However, it still gets the potent 355-horsepower turbo inline-six engine, and access to the raucous 557-hp V8. Since it’s a bit lighter than the standard Range Rover, it feels more lively around town. It also has space for a third row of seats, but it can be a little tight back there. In every other way, it’s what you’d expect from a Land Rover – eminently capable in the dirt, extremely comfortable and luxurious inside, and a status symbol par excellence. 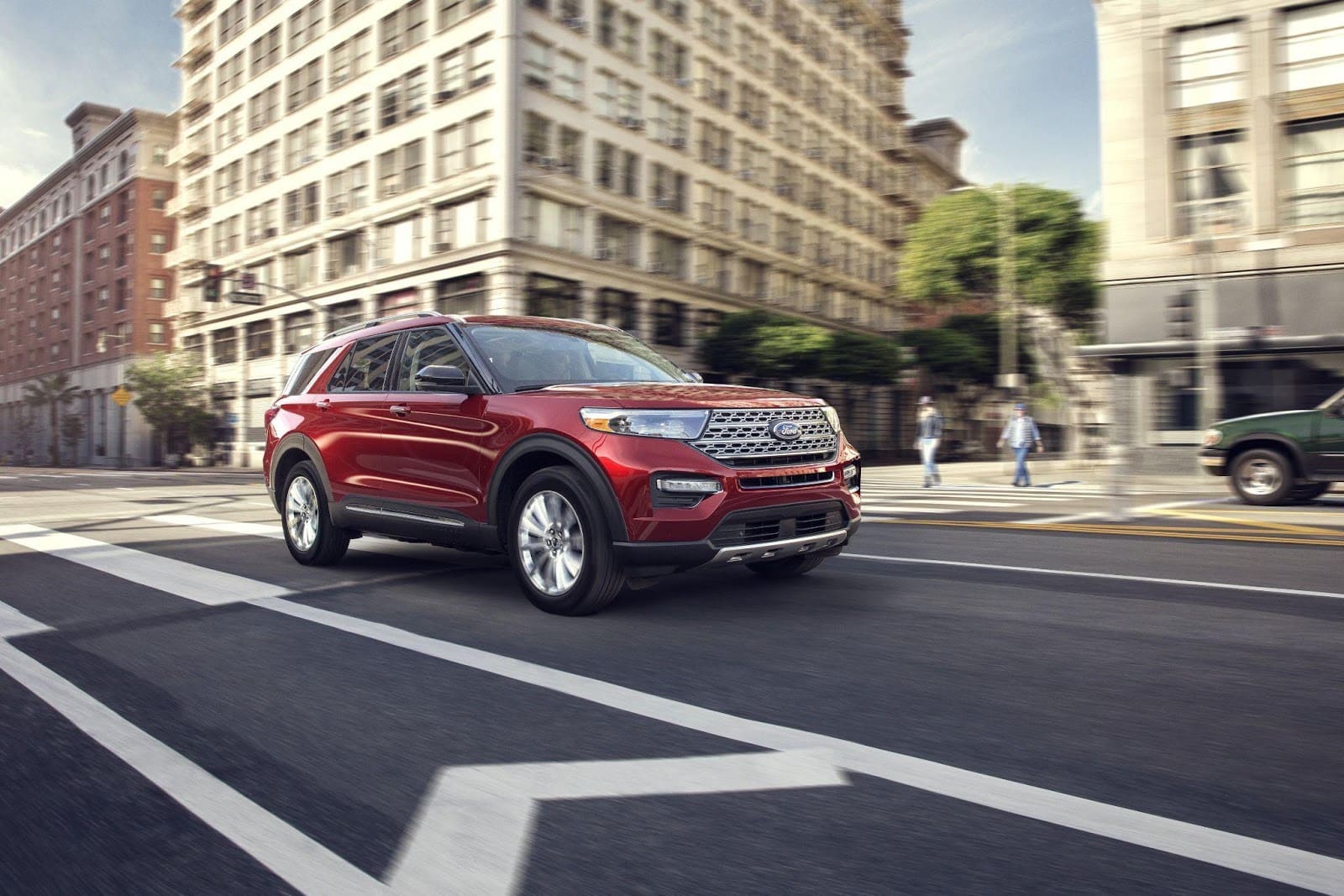 Other upper-tier off-roaders include the:

Adventure on a budget

Playing in the mud is basically a constitutional right, so it makes sense that there are quite a few affordable options on the market. The Jeep Wrangler, for example, is one of the best off-roaders out there, and you can pick one up for less than $30k. The standard powertrain is a V6, but if fuel economy is important to you, a turbocharged inline-four is available. You also get a choice of an automatic or manual transmission. However, unlike some of the more expensive off-roaders, the Wrangler really can’t double as a daily driver, though some people will argue otherwise. Its cargo capacity is terrible, ride comfort is very stiff, and handling is clumsy.

If you need something a bit more flexible, the Jeep Grand Cherokee or Land Rover Discovery Sport are feasible choices. Both models are a bit more expensive, but they have better on-road handling and comfort, and come with a lot more standard driver-assist features than most city dwellers expect on their vehicles. Thanks to their stronger, off-road complaint powertrains, they don’t boast the best mileage figures, but if you go adventuring every weekend, it’s a worthwhile compromise.

Other cheap adventure SUVs and crossovers include the: 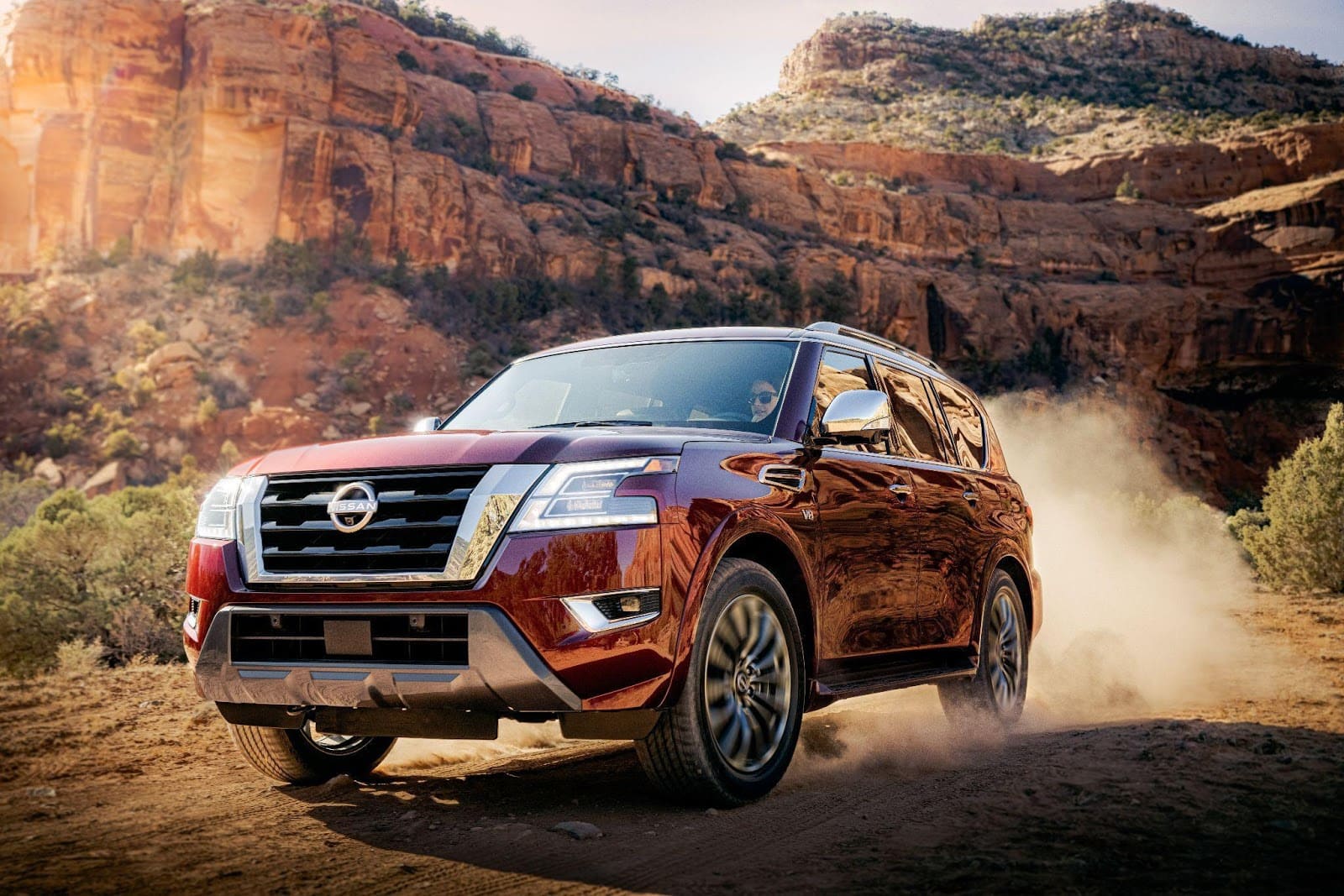 While you can get a car that can function both on and off the road at a low price, you may end up wishing you had one of each, instead. But, for the price of those two cheap vehicles, you actually can get one that does both very well, if not as luxuriously as the top end of the market.

Once again, the off-road kings, Jeep and Land Rover, each have something to offer. The former presents the Wagoneer, while the latter has the Range Rover Evoque. But, let’s look outside the box on this one. The Nissan Armada is a great mid-tier SUV, and with a fresh facelift for 2021, it looks amazing, too. Sure, it has a gas-guzzling V8 under the hood, but that’s what gives it almost unbeatable towing capacities in the segment. It is also very spacious inside, with room for up to eight passengers and space left over for a respectable trunk, though it functions even better as a four- or five-seater.

A bit closer to home, there is the Chevrolet Tahoe, the Suburban’s slightly smaller, but much tougher sibling. It can be a total city cruiser if you opt for FWD, but slap on the AWD setup and it feels comfortable enough in the dirt. It’s a huge beast, which can be optioned with a lavish interior and loads of modern conveniences and comforts, perfect for those who love glamping. Since that’s only a once-a-month type of deal, it is more than happy to dwarf all the crossovers at the school drop-off in the morning, too.

Other great mid-range SUVs include the: