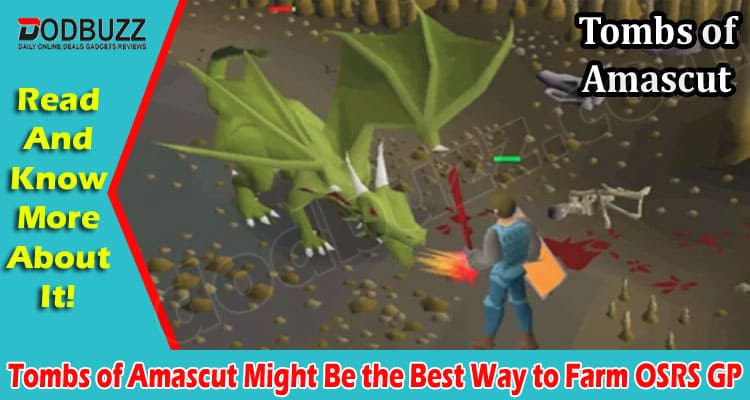 Some new cool rewards worth a lot of OSRS GP and some untradeable rewards have been proposed for Tombs of Amascut or Raids 3.

Tombs of Amascut – or Raids 3, as many of us like to call it – is one of the most anticipated pieces of content in 2022  OSRS. The quest you’ll need to complete to unlock this upcoming activity in which you’ll be able to face new enemies and get new/old valuable items that translate into OSRS GP has already been released. You can now prepare for Raids 3 by completing Beneath Cursed Sands and getting access to a new zone in the Kharidian desert. After that, you need to level your combat level and get your hands on some more OSRS gold to make sure you are gear prepared for Raids 3.

Because players’ opinions matter in OSRS, Jagex has been doing its best to communicate with the player base and collect feedback about the potential rewards for Tombs of Amascut. One critical consideration has always been the comparison of the potential rewards from the other raids (Chambers of Xeric and Theatre of Blood). And you can earn a lot of OSRS GP by doing the other raids. Or hit the jackpot with one of the rare and valuable drops: the Twisted Bow and Scythe of Vitur. Their value is over a billion and over half a billion OSRS gold. It was only fair that Raids 3 gets something similarly valuable. Even though we cannot currently anticipate its GE price, we can predict it will be high.

Shadow of Tumeken will finally complete the trio of range, melee, and magic BIS weapons. It’s a future best-in-slot magic weapon meant to redefine and refine the Magic skill as a combat skill. The proposal requires level 85 Magic to wield and gives a plus 35 Magic attack bonus. It also gives plus 20 Magic defense bonus without any negative bonuses to Stab, Slash, Crush, or Ranged attack and defense. It also gives a plus 1 Prayer bonus, and it has an attack rate of 5.

According to Jagex’s blogpost, its proposed special effects are that “when the Shadow of Tumeken is equipped, Magic Strength from gear is tripled” (capped at 100 percent Magic strength). The Magic accuracy is also tripled while wielding this extraordinary Magic weapon.

This item is so powerful that you will only be able to use it for PvM and not in any PvP scenario. You’ll be able to make good use of your Chaos and Soul runes as that’s what you’ll need to charge it and use its in-built spell. It has an attack speed of 5 ticks. Another fascinating point is that currently, Magic accuracy is not helpful when fighting off-meta enemies, like bosses who are not specifically vulnerable to Magic but have a moderate to high Magic resistance.

If you were to fight a boss that’s not vulnerable to Magic, your DPS would be lower than if you used melee or range. But with the boosts from this new magic weapon, that’s no longer the case. This will make Magic viable against a series of bosses and monsters such as:

The Thread of Elidinis and the Breach of the Scarab

These are untradeable rewards that you will not be able to obtain anywhere else but from the Raids 3. The Thread of Elidinis is an item that has been hugely requested, as it will allow you to enhance your Rune Pouch to store four kinds of runes in it

Another untradeable item you can get from Tombs of Amascut is the Breach of the Scarab. You can use this jewel to upgrade one of the rewards you’ll get from Beneath Cursed Sands (the Keris Partisan) to make it an even better pick against desert bugs.

Osmunten’s Fang is a melee weapon that stands out from the other weapons through its high accuracy. The proposal is that the Fang will be a high accuracy weapon through its chance of double rolling the accuracy and not through its stats, as previously stated. Its passive effect makes it a great choice if you want to kill the Corporeal Beast for a chance to get great loot, even some that are worth over a billion OSRS GP. Otherwise, the Osmumten’s Fang might be instrumental when dealing with other foes, so you could even discover a new way to make more OSRS gold. It’s refreshing to see how Jagex proposed high-value tradeable items with a super rare drop chance and outstanding untradeable items with a decent drop chance!

All in all, these rewards sound great, and they will improve your life in RuneScape either by wielding them, trading them, or using them to upgrade other OSRS items. They will indeed all represent account goals sooner or later, and the first step towards getting them is getting ready for Raids 3 by leveling up, upgrading your gear, and questing!