What is TRON Used For? 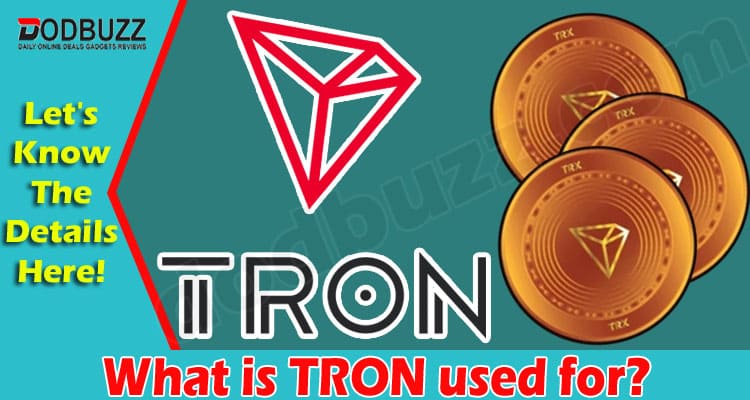 What is TRON Used For?

The rise of blockchain technologies attracts enthusiasts around the world. There is a big diversity of platforms and networks used for different purposes. What do you know about the TRON network? If you are curious about it, now is the best time to learn more about TRON. Let’s discover some of the key features of TRON, its functions, and the profit opportunities it provides to users.

Why TRON is considered a unique network

To figure out what is TRON, we need to uncover its most decent characteristics. In a nutshell, TRON is a blockchain-based network operating smart contracts. As far as we are concerned, these DeFi solutions are applied to design decentralized applications (dApps). Basically, TRON does the same as Ethereum. What’s curious to learn is that TRON had been running on the Ethereum blockchain as a decentralized coin for some time but now it’s an independent ecosystem that has its own active community.

The history of the TRON platform dates back to 2018. Since then, its ecosystem has increased. Many decent dApps and projects have been started on this network because their developers and founders recognized the advantages of TRON.

Initially, TRON had the same purpose as many blockchain-based networks – to decentralize industries. What makes TRON so interesting for developers and investors is that this platform specializes in the entertainment industry. The creators of TRON set an ambitious goal to change this sector with the help of blockchain technologies. Particularly, they wanted to change the way the content is distributed. TRON aims to provide content creators with the possibility to sell their services and products directly to the end users, without any intermediaries.

One more feature that makes TRON unique and demanded is flexibility. The founders of the network don’t want to limit developers and the use of smart contracts. That’s why, to ensure maximum flexibility of the network, TRON Foundation made TRON Virtual Machine (TVM) compatible with the Ethereum Virtual Machine (EVM). These are solutions where developers can design their decentralized applications. TRON doesn’t want to stop here. They have an ambitious goal of making TVM compatible with other cutting-edge solutions for building dApps. If developers have such an opportunity, they will be able to use the best of both worlds and create really top-notch applications.

A brief introduction to TRON’s roots

The network is managed by the TRON Foundation, which was started by Chinese tech entrepreneur Justin Sun. The TRON’s Initial Coin Offering was started on September 1, 2017. It took one month for this project to raise $70 million.

Several months after the ICO, in March 2018, the project launched its testnet, and in two months, the TRON Foundation started the mainnet of the project. Initially, the TRON coin was running on the ERC-2o protocol on the Ethereum blockchain. But later, in 3 months, TRX was transitioned to its own blockchain-based network.

The key principles of TRON’s work

The TRON has quite ambitious goals. Naturally, it should have a strong architecture to be able to satisfy these ambitions. This architecture of three layers. Every layer has its functions. Here are the key functions of each of them:

One more advantage of the TRON network is that it applies the proof-of-stake model to execute the validation of transactions. This is a big plus in terms of energy-saving practices since this model consumes less energy than the traditional one introduced by Bitcoin.

This is also a benefit to TRX holders because this algorithm provides them with the possibility to vote within the ecosystem. These voting are held to choose “super representatives” every six hours, making the work of the network more transparent and decentralized.

How do I make money with TRON?

The last but not least advantage of the TRON blockchain is that you can make money with it in different ways. The most common method of making money through the network is coin staking. The platform will provide rewards equivalent to the amount you stake. Tron staking is considered completely safe. Besides, it’s supported not only on its wallets but also on the most reputable crypto exchanges such as Kraken.

One more thing you should pay attention to is that the total market capitalization of TRX, as of September 29, exceeds $327 million. By this component, TRX is the 15th best cryptocurrency in the world, which makes it one of the best crypto investments.

To conclude, you can make money with TRON in different ways. Just keep in mind that it’s a very volatile investment option. Consider all pros and cons, study more about the reputation of the project, and only if you don’t have concerns make your investment.