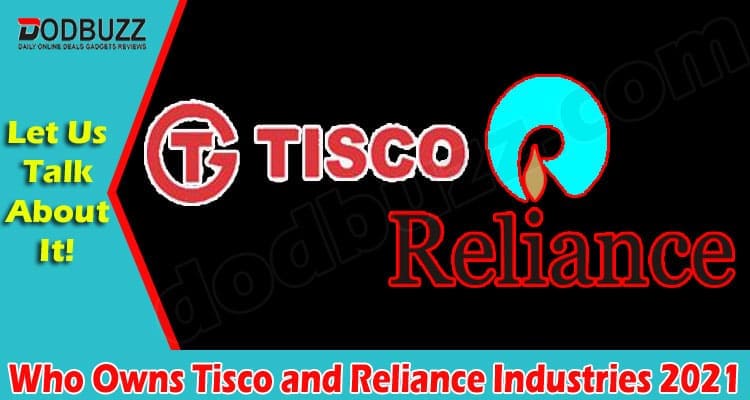 Do you know the owners of Tisco and Reliance? Would you like to know more about the companies? If yes, tune into the post.

Reliance and Tisco are among the best Indian companies, and people in India want to know more about these companies. So, in this post, we will discuss Who Owns Tisco and Reliance Industries.

With activities and commercial presence all over the globe. TISCO is one of the world’s most diverse geographical steel makers in the country. In the fiscal year that ended March 31, 2020, the group except the SEA activities had a combined turnover of over US$19.7 billion.

As of 2021, the firm is placed 155th on Fortune’s Global 500 list of the world’s largest corporations. Reliance remains the country’s top exporter, contributing to 8% of the country’s overall goods exports with exposure to over 100 nations’ marketplaces. Reliance is accountable for over 5% of the entire customs duties and tax income collected by the government.

Who Owns Tisco and Reliance Industries?

TISCO is a subsidiary of the famous Tata Group. The Tata Group is an Indian multinational corporation with headquarters in Maharashtra. Jamshedji Tata established the Tata Group in 1868, and after buying numerous multinational enterprises, the company achieved international fame. It is one of the country’s largest and oldest industrial conglomerates.

The Tata Group is owned by Tata Sons. Tata Sons is a private company that owns the majority of the shares in the Tata group of enterprises and subsidiaries.

Mukesh Ambani is the chairperson, managing director, & major shareholder of Reliance Industries, an Indian conglomerate. He is the wealthiest person in Asia, as per Forbes, with such a net worth of approximately US $102.1 billion, as well as the 11th richest man in the world as of 2021. Ambani claimed the position of the country’s wealthiest person for the previous 10 years.

Was this article on Who Owns Tisco and Reliance Industries helpful to you? If yes, comment on TISCO and Reliance.