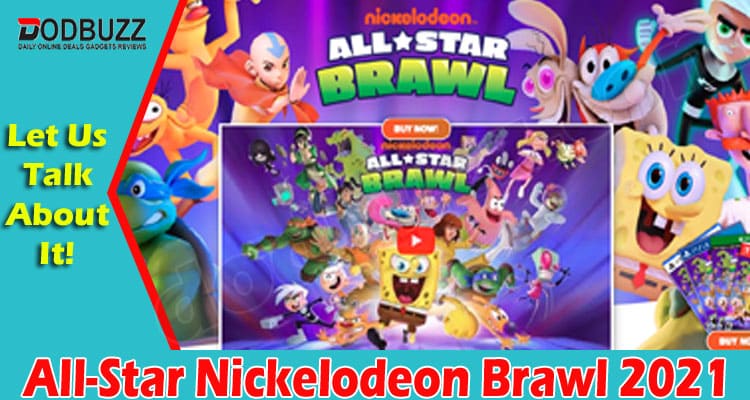 This topic below is all about All-Star Nickelodeon Brawl, its gameplay, the confirmed characters, and stages to help out all players have a great time.

Nickelodeon All-Star Brawl, the exciting game, has grabbed the massive attention of teenagers and youngsters Worldwide.

The gameplay is so exciting that you won’t end up playing not less than 4 to 5 hours. It has about twenty confirmed characters and twenty exciting stages, making it the most notable game.

The game is all set and has released on 5th October 2021, helping players have a great time and play level after level, and the physical copy of All-Star Nickelodeon Brawl is all set to arrive on 9th November 2021.

What exactly is Nickelodeon All-Star Brawl?

The crossover fighting game, Nickelodeon All-Star Brawl, was published by GameMill Entertainment and developed by very popular fair Play Labs and Ludosity. It is the first and most recognized console game in the long-lasting series “Nickelodeon Brawl” of mobile and browser games.

Nickelodeon All-Star Brawl features characters from several shows of Nickelodeon. The game, which has a massive attraction, was released on 5th October 2021 for Microsoft Windows, Nintendo Switch, Xbox Series X/S, Xbox One, PlayStation 5, and PlayStation 4.

How to Play Nickelodeon All Star Brawl?

The gameplay in Nickelodeon All-Star Brawl is parallel to the Super Smash Bros. series of Nintendo, where players battle in twenty varying stages depending on the multiple Nickelodeon series to blow their enemies out from the ring.

What is all there in the Sports Ball Mode for All-Star Nickelodeon Brawl?

The players should blow a ball in this mode into the rival’s goal to earn extra points for the number of times the ball is hit without striking to the ground.

If you talk about the number of characters in Nickelodeon All-Star Brawl, it has confirmed 20 characters that you can go through in the coming sections.

So, please scroll down and know more about Nickelodeon All-Star Brawl, its characters, distinct gameplay, and makes it stand apart from other online or browser games and learn How to Play Nickelodeon All Star Brawl in the previous section.

What are the exciting stages of Nickelodeon All-Star Brawl?

There are about 20 stages in the game, out of which five are confirmed:

Nickelodeon All-Star Brawl, released on 5th October, is one of the most-searched-for games recently, bringing all your Nickelodeon favorites collectively for a bombastic battle. You can play it on many gaming consoles, including Play Station 4, Play Station 5, PC, Nintendo Switch, and many more.