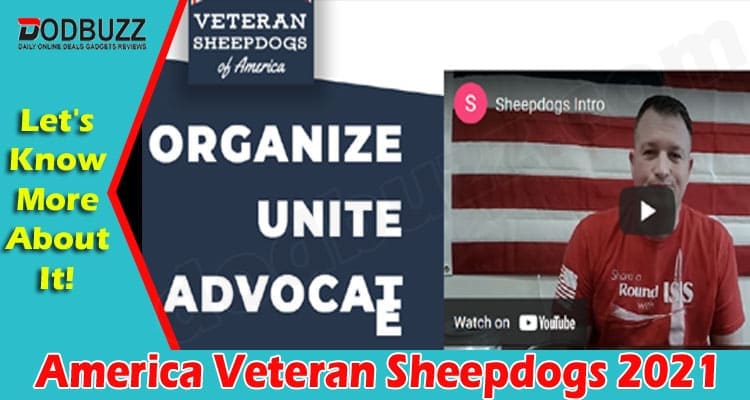 In the above article, we discussed a non-profit organization America Veteran Sheepdogs. Please give this article a thorough read if you are interested.

This organization gives a structured voice to veterans of the armed forces. They are also working towards rescue operations in Afghanistan. People from worldwide United States, United Kingdom, and Canada are stepping up to help America Veteran Sheepdogs in this good deed.

What does Veteran Sheepdog of America do?

Veteran Sheepdog is a non-profit organization registered in Colorado, America. They are the voice of the armed force veterans. Their aim is to unite the veterans and give them a structured voice. They also aim to provide the proper support that they deserve. This organization wants to reduce political interference in affairs. Recently they ran a rescue operation when the Taliban took over Afghanistan. Under which 170 local individual from Kabul, Afghanistan, who worked for the American armed forces. They will also rescue 51 canine dogs. So, they are raising funds.

Board and Key members of the America Veteran Sheepdogs

There are a total of seven members. Out of which five are Board members, one is Vice president, and one is President and Chairman of the organization.

Bob is one of the Board members, and he has a very versatile background. Bob was a dairy farmer, real estate developer, community banker, author, member of congress and many more. In 2003-2007 he represented Colorado’s 7th district.

Byrnes worked as the Deputy district attorney in Colorado for nine years after completing her law studies at Denver College of law. She is one of the five Board members of America Veteran Sheepdogs

Rosa had served Unites states navy for three decades, from 1976 to 1996. In 2012-2013 he served as the State Commander of Veterans of Foreign Wars of the U.S. Kirk is the Co-founder of the Community Veterans Coalition.

Lang served in the navy as the FA-18 pilot for 27 years. He then filled in the role of unit training officer and was then promoted as the Air National Guard flying the FA-16.

He was appointed as the Armor officer of the west point. Brian is currently working with America Veteran Sheepdogs and the Colorado spring utilities as the Fiber and Telecommunications Enterprise Manager.

Josh is a marine combat veteran officer, having deployed in Iraq and Afghanistan. He led the organization’s operation from ground zero.

Tony is a retired officer, served his term as the combat engineer. Upon his retirement, he is worked with the State Service Officer for the Veterans of Foreign Wars.

This non-profit organization is working towards good causes. They are gaining fame for all the right reasons. If you want to know more about them or support them, you can visit their official website. Click on the link given here.

Do you like this article on America Veteran Sheepdogs? Tell us in the comments below.