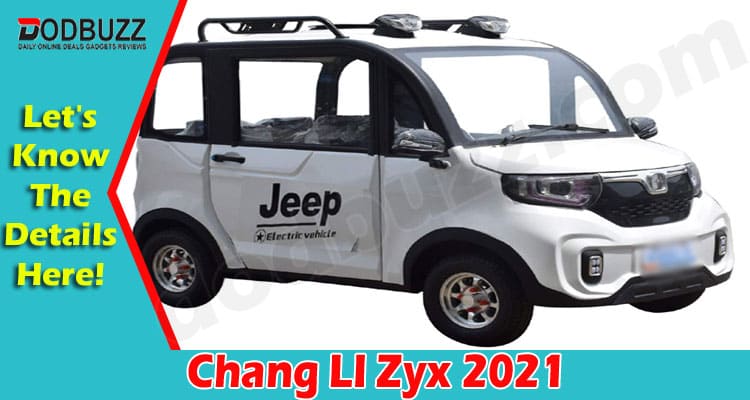 Have you ever thought of going electric to contribute towards the betterment of the environment? However, many people have this dream, but they step back because of the high cost of other cars. But, they don’t have to step back anymore as the world’s cheapest electric car has been launched, Chang Li Cars.

It is the world’s cheapest electric car that will cost you around $930 for the basic model and $1200 for cars with larger batteries. The car is getting quite popular in the United States, and people from other nations want to know more about Chang LI Zyx.

What is Chang LI Car?

Chang LI is the world’s cheapest electric car designed and produced by Changzhou XiLi Car Industry located in China. Changli ZYX is the smallest electric car that has garnered buyers’ attention in the United States and other nations.

The Changli Zyx car is touted as the world’s affordable electric car with the capacity to produce 1.16 HP power and offers a top speed of 30km/h.

Despite being the cheapest electric car globally, the Zyx has many interesting features that are worth mentioning:

Regardless of your geographical location, you can order your car from anywhere to get it delivered to your doorstep.

Chang Li is the brand behind the concept of the world’s cheapest electric Zyx Car. The company was founded in 1996, and it is the largest electric tricycle manufacturer in China. Now the company is focused on designing all kinds of electric passenger tricycles, electric freight tricycles, small tricycles, metal trunks, elderly leisure cars, and electric cars.

The brand is also identified by the bureau of quality & tech supervision, and the first batch of the car has also got the national mandatory product 3C certification.

Changli is the brand that has revolutionized the way people buy cars by delivering them the world’s cost-effective electric car, Chang LI Zyx car.

People who were once unable to afford the expensive electric cars of Tesla can re-think buying electric cars to contribute to the betterment of the environment. So, if you are also interested in buying the electric car, order it today from its official website to get it delivered to your doorstep.

What is your view on Chang Li Electric Car? Would you mind sharing it in the comments section?