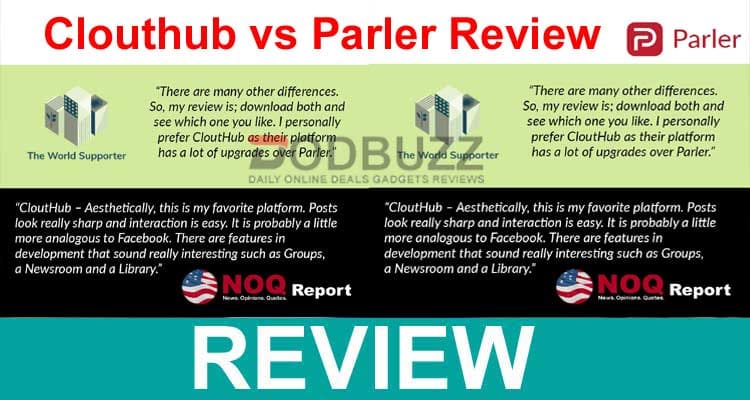 Both Clouthub and Parler have a larger audience and followers online, and they act as the best alternative to Twitter. They are loaded with many features to make socializing easy and smoother. Below you will come across a comparison, that will let you know which application to use and why.

Before going for an in-depth Clouthub vs Parler Review, firstly let us learn about these two social media apps.

Clouthub has a robust customer service to answer customer queries, whereas it is hard to reach assistance if you are using Parler. The TOS of Parler is quite challenging in comparison to Clouthub. Parler users must defend against any legal issues, and Parler won’t be involved in any legal disputes. Clouthub has its free speech warriors on the advisory board, and they keep updating their application.

Parler never allows its users to do anything on the application if real users do not verify them, but this is not the case with Clouthub. The verification process at Parler is also challenging as they have to take ID and selfie images to get it verified. Check the Clouthub vs Parler Review for more information about both the applications.

What People Has to Say?

People are not happy with the decision of censorship on both applications. Because of the censorship, user’s accounts are getting banned from Parler. People are complaining that the account has been banned after making political memes and commenting on politicians. Some of the people are restricted from posting on Clouthub.

If you have anything to add about Clouthub and Parler, please write it down in the comment section.