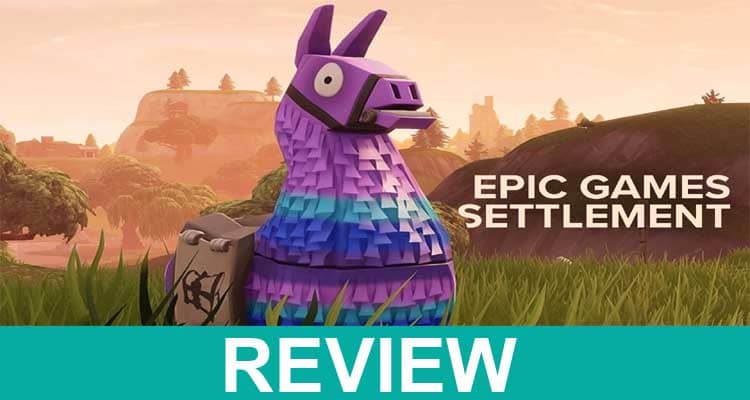 Epic Games Loot Box Settlement (March) Details Inside! >> The write-up shares details of the classic action settlement where players can get up to 1000 V-Bucks for free.

Epic Games Loot Box Settlement: Fortnite Developer Epic Games confirmed to drop 1000 V-Bucks automatically into player’s account as a part of this settlement. However, V-Bucks will only be dropped into the player’s account that has purchased the Loot Llama Pinata-style characters comprising the in-game items without an idea of what is inside the box they purchased.

Many players in the United States, Canada, and the United Kingdom have purchased the loot box and are expecting to get the V-Bucks after lawsuit settlement. However, the settlement is only for the USA players and not declared for other nation’s players.

What is the Epic Games Loot Box Settlement?

The lawsuit settlement alleging the Fortnite maker, Epic Games, violates the consumer protection law and prevents minors from enjoying their contractual disaffirmation rights. The lawsuit also alleges the developer for negligently misrepresenting the values of the loot box.

However, Epic Games rebuffed all the allegations and denied all claims in the Action, and stated that it is good to move for class treatment if the litigation is preceded. Later, the Epic Games and Plaintiffs understood that it would be better to settle the case to avoid unnecessary expenses associated with the litigation.

However, it is US based action, and only residents in the USA would be eligible for the settlement, and others would not receive any V-Buck into their account.

Who Are in the Settlement Class?

What Does the Class Action Settlement Offers?

The mystery loot box encourages gamers to participate in contests, and it proves to be controversial and some online gambling. It leads to a legal woe for the Fortnite maker, Epic Games.

As a part of the class action settlement, the game maker has agreed upon dropping 1000 V-Bucks into the account of players who purchase a random item in the Loot Llama.

Are you the eligible participant of Epic Games Loot Box Settlement? Please share how you submit your claim online in the comments section.