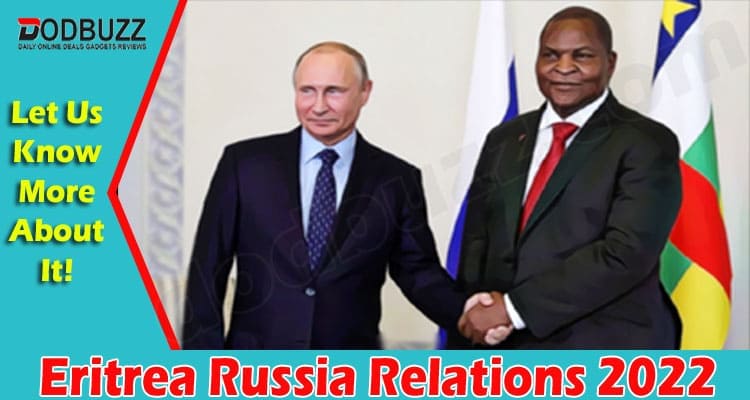 The increasing geopolitical soar has given a new dimension to the Eritrea Russia Relations. Read to know more.

The importance and relevance of the Russian – Eriterian relations have become more relevant in the light of the emerging circumstances especially in countries like Norway, the United Kingdom, Canada, and the United States.

The Eritrea Russia Relations have seen certain peculiar aspects of global geopolitical changes. The President of Eriteria Isaias Afwerki has recently met the Chinese foreign minister and there were reports that Eriterian government attempts to evade the Sanctions through Russia. There have been attempts on the part of Eriteria to get close to Russia in last few years.

The Establishment of the Diplomatic Relations

The Russo-Eriteran relations have never been so crucial as Eriteria doesn’t hold much importance in the diplomatic circles. During the Cold War as well, the role of Eritrea Russia Relations was not much for any superpower. However, in today’s world it has become relevant in view of big countries establishing relations with smaller nations.

China has done the same with a lot of countries and now Russia could be looking at the similar prospectus with Eriteria. Recently, the Russian envoy to the United Nations had member the delegation from Eriteria and the latter requested to help lift the United Nations Sanctions on Eriteria.

The Sanctions were imposed on Eriteria in 2009 after it was alleged that the Eriterian government has to destabilize the governments in the African Union. The Sanctions were added in the year 2011 as well after Eriteria was of harboring terrorist to destabilize the African Union. A summit of Adisababa was attempted to be disturbed by the Eriterian government. With new dimension in the relations of these two nations, the Russia is also requested to normalize the relations between Eriteria and Ethiopia, Somalia, and certain African Union countries.

The latest developments in the region have indicated that Eritrea Russia Relations may end decades of Eriterian isolation the global stage. The economy of the country is another factor that the Eriterian government urgently needs assistance for. There are two ports in Eriteria which can be of strategic and economic importance to Russia. Eriteria already has diplomatic and trading relations with the United Arab Emirates.

With this there have been qualms in the US and Europe on lifting the Sanctions on Eriteria. The foreign policy experts are suggesting that the US can be one more country to China because of Sanctions.

The normalization of the Russian Eriterian relations is causing the revival of Eriterian economy and geopolitical landscape. These events are waiting for Eriteria. Meanwhile, the US is also eyeing on the increasing Eritrea Russia Relations and working on its prospection. To know more, see Russia In Talks With Eritrea To Set Up ‘Logistics Center’ On Red Sea Coast

Have you liked this article? Please comment down your responses.