Is the Fiat Currency System Reliable? Will Cryptocurrencies Replace it 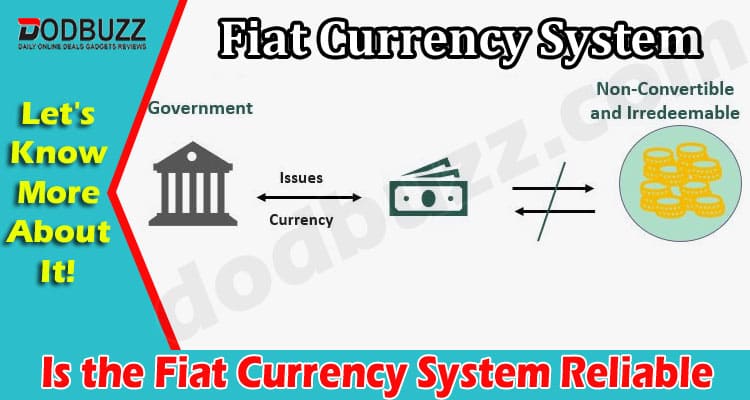 According to financial experts, the modern fiat system is unsustainable and harmful to people’s finances. Surprisingly, fiat money has a short lifespan and not even the Almighty US dollar is not exempted in spite of bold claims that it cannot fail.

History backs this up because fiat money has failed repeatedly, whereas assets such as gold have survived. When fiat failure begins, it is almost unnoticeable, but then it spirals out of control, plummeting to oblivion. One great example of this is the German currency. The German gold mark, the currency of the German empire from 1873-1914, was backed by gold. However, in the year 1914, the gold mark was abandoned and the paper was adopted. Within 10 years, the paper mark turned out to be worthless as it was hyper-inflated.

Even though it seems like an extreme case, sooner or later, fiat money devalues into relative worthlessness at some point. The current longest-running fiat currency is the British Pound Sterling, which has been functional for the last 325 years.

So, the big question is how stable is it? A study found out that 20 percent of the 775 examined fiat currencies failed because of hyperinflation and the other 21 percent failed due to war. However, 24 percent of them were saved by the central monetary policy.

The Hanke-Krus Hyperinflation Table clearly illustrates the unreliable nature of government money. In Hungary, the prices doubled in a mere 15 hours in August of 1945. From December 1989 to March 1990, Brazil witnessed a daily inflation rate of 2.02 percent. Austria suffered something similar when the crown hyper-inflated between October 1920 to September 1922. The Hanke-Krus study reminds us that when the sound economic principle is disregarded, flat currency systems perish.

Ludwig von Mises, an Austrian school economist states that inflation is not an act of God, it is a policy and the number one reason fiat fails is because of unsound economic policy.

What Can Be Done?

In such circumstances, gold and Bitcoin or other cryptocurrencies truly prevail. There’s a reason behind the usage of the old adage “good as gold” instead of “good as fiat” to describe something valuable. Gold has its place as a currency for thousands of years. While gold continues to be valuable, in modern times, another alternative has emerged as cryptocurrencies.

When you invest in cryptocurrency and hold it for a year, you reap the benefit of a long-term crypto tax. So, how much can you save on your long-term crypto tax? While the specific amount depends on your income tax bracket, low earners might not pay anything and high earners could save almost 17 percent off their ordinary tax rate.

What history has taught us is that fiat currency systems are unreliable. Even though a fiat system seems sturdy at the moment, it could crumble in the future. Gold has always been a great medium of exchange and cryptocurrency might be the future of the currency system.

1. What is the long-term tax rate on cryptocurrency?

When you invest in cryptocurrency and hold it for a year, you reap the benefit of the long-term tax rate on cryptocurrency. So, how much can you save on your long-term crypto tax? While the specific amount depends on your income tax bracket, low earners might not pay anything and high earners could save almost 17 percent off their ordinary tax rate.

2. Does crypto have long-term capital gains?

3. Do I need to pay tax on crypto profits?