Is Going to Jail Ever a Good Thing in Monopoly? 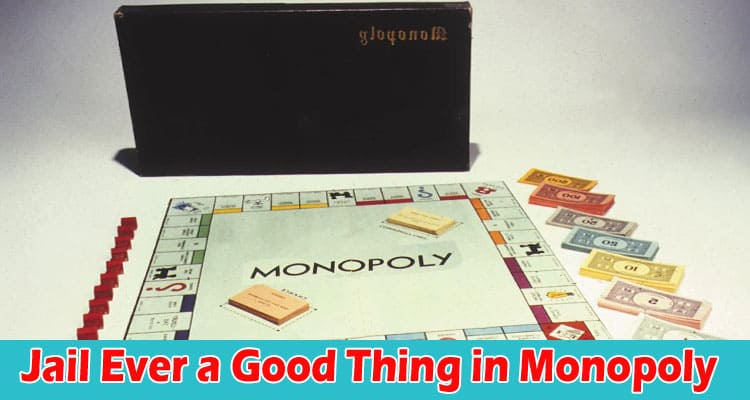 Monopoly is a board game that has been around for over 100 years. The game is simple: players roll dice to move around the board, and if they land on a space owned by another player, they must pay that player rent.

The game can be won by either accumulating the most money or by driving all the other players into bankruptcy.

What is Jail in Monopoly?

Jail is a space on the Monopoly board where players are sent if they land on “Go to Jail” or draw a card saying “Go to Jail.”

Getting Out of Monopoly Jail

There are three ways to get out of jail in Monopoly:

2) Use a Get Out of Jail Free card

According to Monopoly Jail Rules, If a player is in Jail, they can still collect rent from their properties. This is because other players must still pay rent even if the player in Jail cannot collect it. This can be a good way to make money while in Jail.

Also, you can participate in the Auction and bid to buy a property. You can even build houses and hotels while staying in Jail and even sell them. (Source: KidsCareIdeas.com)

Is going to Jail ever a good thing in Monopoly?

It’s no secret that going to jail in Monopoly is not something players strive for. In fact, most players will do whatever they can to avoid it.

One of the key strategies in Monopoly is to try to avoid going to jail. If a player lands on the “Go to Jail” space, they are sent to jail and cannot collect rent from other players while they are there. However, there are some situations in which going to jail can actually be beneficial.

One way that going to jail can be beneficial is if the player is behind in money. If a player is in jail, they cannot spend any money, which means they cannot fall further behind. This can give the player time to save up money and get back into the game.

Another way that going to jail can be beneficial is if the player has a lot of properties and is about to be bankrupted by another player.

Of course, there are also some risks associated with going to jail in Monopoly. If a player is in jail, they may miss out on some good opportunities to buy properties or make money. And, if the player is behind in money, they may not be able to get out of jail and may end up going bankrupt.

So, is going to jail ever a good thing in Monopoly? It can be, but it depends on the situation. If a player is behind in money, going to jail can give them time to catch up.

If a player has a lot of properties and is about to be bankrupt, going to jail can give them time to try to sell some of their properties or raise enough money to pay off their debt.

But, there are also some risks associated with going to jail, so it is important to weigh the pros and cons before making the decision to go to jail.

How long can you stay in jail in Monopoly?

You can stay in Jail for a maximum of three turns. If you stay in jail for three turns, you automatically get out.

In other cases, if you consider paying a fine you can immediately get out of Monopoly Jail in the next turn itself.

How many times can you roll doubles in Monopoly before going to jail?

To go to Monopoly Jail, you need to roll doubles thrice.

After three doubles if you are in the middle of the game you can take a break by staying in Monopoly Jail. However, if you have this initially, then you may be behind by not being able to get as many properties as your opponents are having.

It is not always bad to go to Monopoly Jail. It depends on the time of the game you are in.

If you are already good with the acquired properties, then staying in Monopoly Jail is a blessing in disguise as you can keep yourself from paying anyone else to rent but can still collect rent from your opponents when they land on your acquired property.