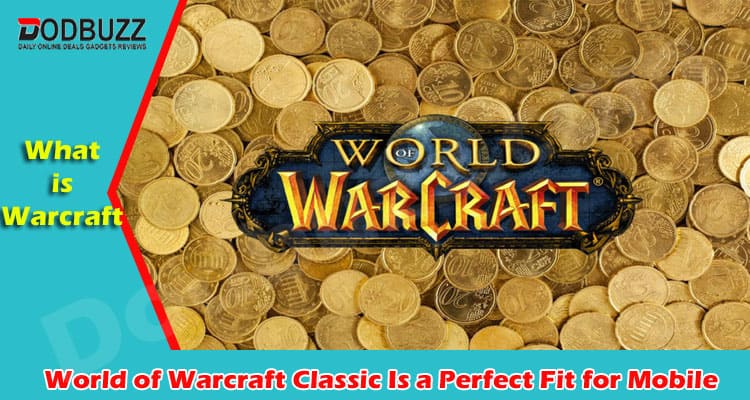 World of Warcraft Classic Is a Perfect Fit for Mobile: Just Ask Old School RuneScape >> In the last 20 years, a lot has changed in terms of mobile technology. Now, you can pick up your device and WoW raids at any place, at any time, and continue leveling up your character. Even the range of PoE currency & services doesn’t stop at the desktop. In this article, we take a look at the journey of WoW Classic and why it is perfect for mobile platforms.

World of Warcraft, now, is a well-loved MMORPG with thousands of loyal players across the world. However, the game has changed a lot over the years. It is a very different game than what it started out as, and this evolution has not been for everybody. In fact, there are several people who feel that WoW is a disappointment to the actual trilogy of games that came before it.

This was a big reason behind Blizzard announcing World of Warcraft Classic. Released in 2019, this version of the game takes it to its basics. No big updates. No extensions. No outer worlds. Just the basic starter set. Walking around and shouting in the town square for party members. Yes, all that’s back. And people love it.

Of course, this is nothing new. RuneScape, another hugely popular MMORPG, went back to its roots by releasing Old School RuneScape – stripping away all the ribbons and festoons and taking players back to the original experience. And it worked tremendously well. They did it back in 2013 and chose to take this version to mobile in 2018.

Whether this influenced Blizzard is subject to debate, but the timing is worthy of an eyebrow raise. And now, with the news of Blizzard working on a few mobile titles, it makes fans wonder – is it about time for World of Warcraft Classic to come to mobile app stores?

Gaming On the Go

As you take your phone wherever you go, you can also take your games wherever you are. Especially if you’re just a casual player who only enjoys bits of gaming, having a mobile version of a game you like will be both fun and convenient.

Not everyone can have a complete set of computer parts with the right specs to facilitate a high-definition gameplay. On mobile, it’s easier to install and even easier to play. It also gives a chance to more players to try the game because all they’ll be needing is their mobile phones.

As there will be more players in the game, they can leave reviews and suggestions to the developers for improved gameplay and player experience.

World of Warcraft, when it became an MMORPG, was successful largely because of the trilogy of video games that preceded it. Not to say that WoW was bad – quite the contrary. However, it cannot be denied that the throng of players ready to migrate to the new MMO was only there because of these games. And there is no reason why it won’t work now.

World of Warcraft Classic is living proof that people want more of this. And giving payers the freedom to do so from their mobile devices is going to be embraced by the masses. Of course, hardcore gaming requires a mouse and keyboard, but for lightweight actions like admin work? Being able to do that without sitting in front of a computer makes for a welcome change.

Nowadays, many phones support keyboards and mouses, so if push comes to shove. Even without those input devices, imagine lying down on your bed to grind for experience on your phone. That would take a large load off your shoulders. In fact, you might have better luck with such things on your phone because you will be invariably more relaxed.

WoW Classic is aimed not only at new fans to give them a taste of what the game used to be like but also to appeal to lapsed fans who have moved on from the game after the expansions disappointed them. This group of players has grown up now and likely hold down jobs and have family lives. They would not have much time to spend sitting at a computer.

For them, WoW Classic on mobile would be a blessing. Not only would they be returning to a game they enjoyed, but they would not have to waste time on inane things. They could just pick up their phone and pick up where they left off or play in installments throughout the day. It will offer a large amount of freedom to everybody.

At long last, The Burning Crusade is coming to WoW Classic. This is big news. The Classic game did not have any expansions before. Blizzard seems to want to follow the expansion release cycle that it previously had and let players relive the whole World of Warcraft sage once again.

However, this also makes it the perfect time to launch the game for mobile! Nothing beats porting a game to a new platform with additional content, and Blizzard is aware of this. Whether or not they will follow through on this remains to be seen, but it would make a lot of fans extremely happy.

World of Warcraft Classic is a throwback to the times when connecting with people over the Internet was a novel and sought-after experience. It resulted in long friendships and fostered teamwork. Thus, it is not a surprise that a lot of people are clamoring to get back to it. And seeing just how far mobile technology has come, it is no longer an impossibility to do this.

Whether Blizzard chooses to take advantage of this, nobody knows. What we do know is that World of Warcraft Classic is a perfect fit for mobile. If you doubt it, just like Old School RuneScape.